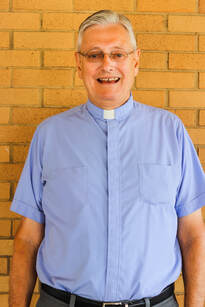 The Rev. Scott Souders
Senior Pastor
Rev. Souders became a Christian when he received Christ and came to know Him as his Savior and Lord his first year at Ashland University. Shortly after he was baptized in the Holy Spirit. As a child he heard God calling him to be a full time minister. This was unique as he did not have as yet a personal relationship with Christ and new little about who and what ministers were about. His focus in ministry is about Worship, Outreach/Evangelism, Discipleship and seeing people released from strongholds and releasing them to move into God’s wonderful plan for their lives. He received my B.A. degree from Ashland University; his Masters of Divinity from Virginia Theological Seminary. He also did course work in the graduate program of Criminal Corrections at Kent State University, as well as Clinical Pastoral Care at Falls View Psychiatric Hospital. Scott has been married to Claudia for 43 years. They have 3 married children and 8 grandchildren. 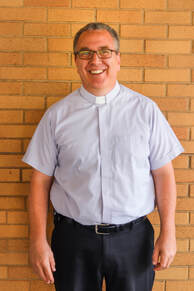 The Rev. Steve Wewer
Associate Pastor, COO of Truly Reaching You Ministries
​Steve has served as the Chief of Staff at Holy Spirit Anglican Church for 10 years.  He has a Masters in Christian Ministry from HarvestNet Institute.  Steve is bi-vocational, serving as the Chief Operating Officer for Truly Reaching You Inc, a non-profit whose mission is to help people reentering the community surrender their lives to Christ, become faithful in daily life, and reconnect with their families and the community.  Prior to his ordination, Steve was a member of the Holy Spirit Anglican Church for 25 years and had over seventeen years experience in manufacturing and consulting as an Operations Manager and Senior Business Analyst.  He has been married to Cara for 31 years and they have 5 children and 2 grandchildren. 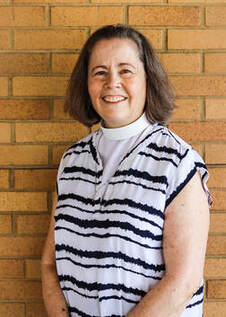 The Rev. Cynthia Olson
Associate Pastor
Cindy said yes to Jesus as her Lord and Savior at the Calvary Baptist Church in Artesia, New Mexico, when she was 8 years old. She spent her growing up years in the Baptist Church, followed by 17 years as an adult in the Lutheran Church, where she felt the Lord’s call to ordained ministry. After seminary, she became a member of Holy Spirit Anglican Church where she learned and experienced what it means to be filled with the Spirit and to worship in Spirit and in truth. She has been a member of this congregation for 23 years. Via further seminary study, she learned the ministries of Formational Prayer and Spiritual Direction, which she has practiced for over 15 years. Cindy has a Master of Divinity degree and a Doctor of Ministry in Formational Counseling, both from Ashland Theological Seminary. ​ 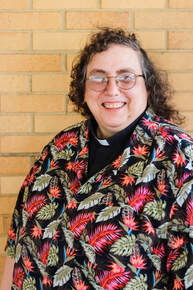 The Rev. Charlotte A. Schmotzer
Associate Pastor
​Char received her Master in Community Counseling from The University of Akron and her Doctorate in Conflict Management from Trinity College of the Bible and Seminary in Evansville, Indiana. She has also taken classes at Nashotah House Seminary in Nashotah, Wisconsin.  Char was ordained to the diaconate in November 2011 and assigned to St. Luke's Anglican Church until July 2014, when she began attending Holy Spirit. She was ordained to the priesthood in February 2017. Char has been married to Wayne since 1972. They have 5 children and 7 grandchildren so far, and both of her sons are ordained as well.

The Rev. Lindsay L. Robinson
Associate Pastor
Lindsay is a graduate of The College of Wooster, and received her Master of Divinity from Ashland Theological Seminary in 2012. Lindsay was ordained to the diaconate in October 2015, and to the priesthood in February 2017. Lindsay married her husband Paul in January 2017, and gained an amazing stepson and welcomed her daughter in 2019. Her passions include justice, liturgy and the arts, healthy church leadership, and the identity of women through the eyes of Jesus. 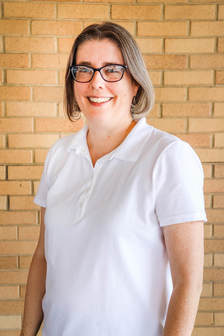 Sue Bliese
Administrator
Sue graduated from Adrian College with a Bachelors in Biology. While attending college she became involved with a campus ministry group and experienced Jesus in a way that changed the direction of her life. She spent two years overseas as a missionary associate, completed ministry training and was on staff in the States for two years with that ministry. She graduated from Ashland Theological Seminary in 2015 with a Masters in Divinity and came on staff at Holy Spirit shortly thereafter. Sue is our church administrator and treasurer. She also leads the Sunday morning Bible study, and assists in healing and discipleship.